Please visit our NSSBE@HOME page, where you will find all of our current offerings of our virtual community. 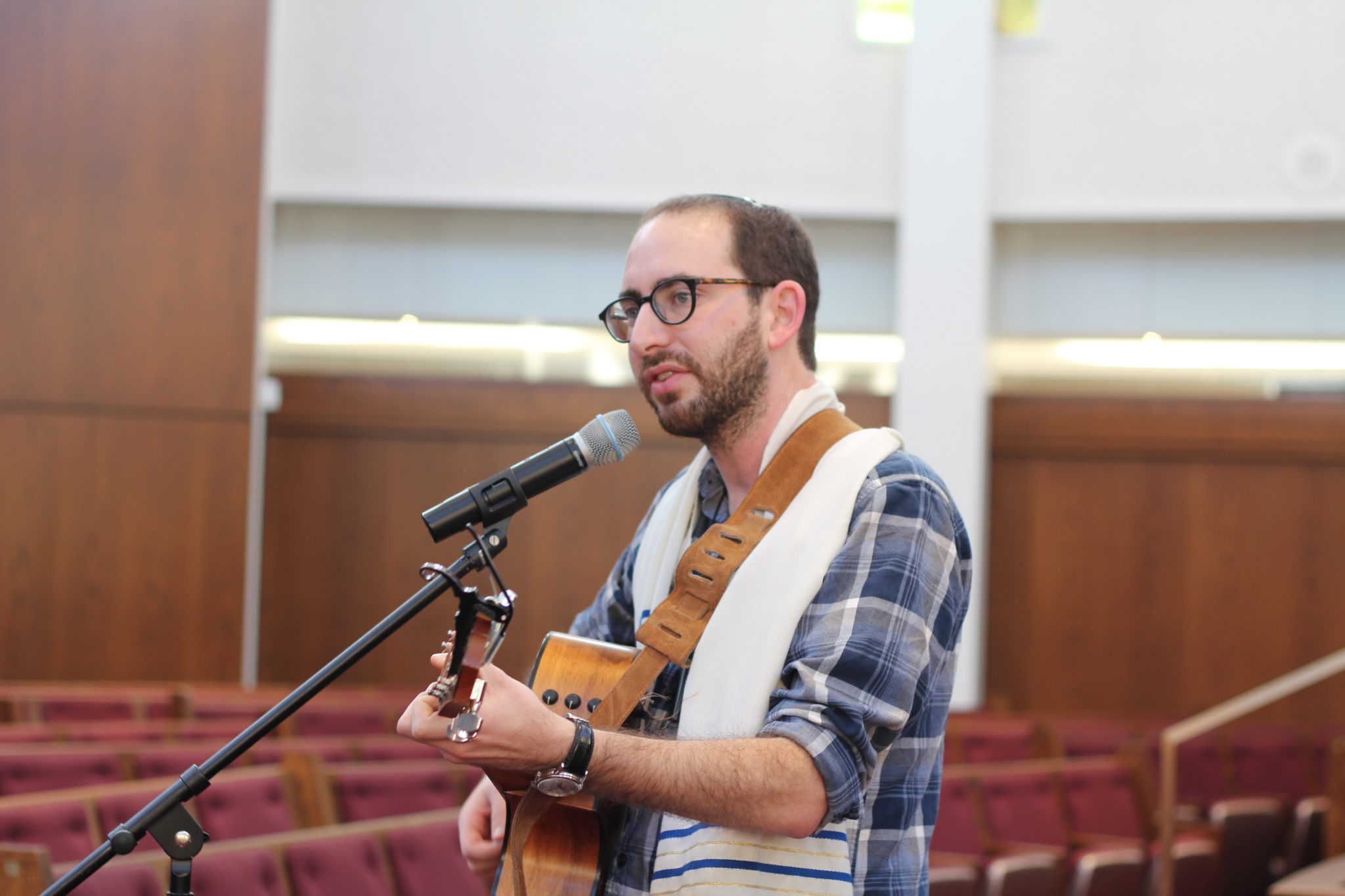 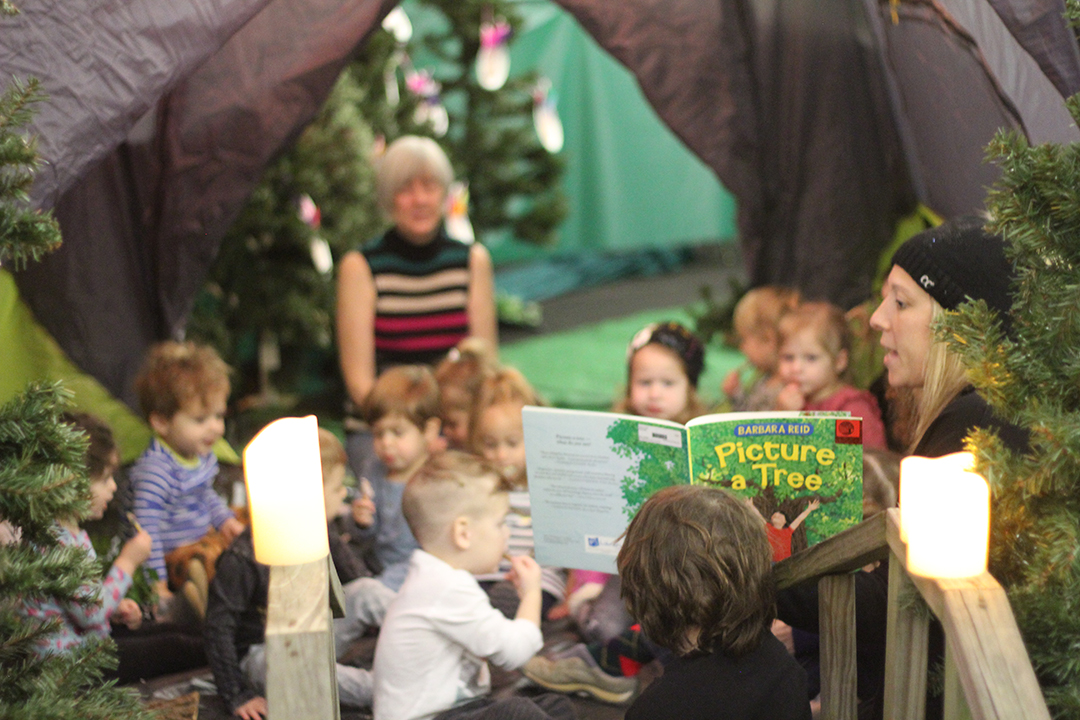 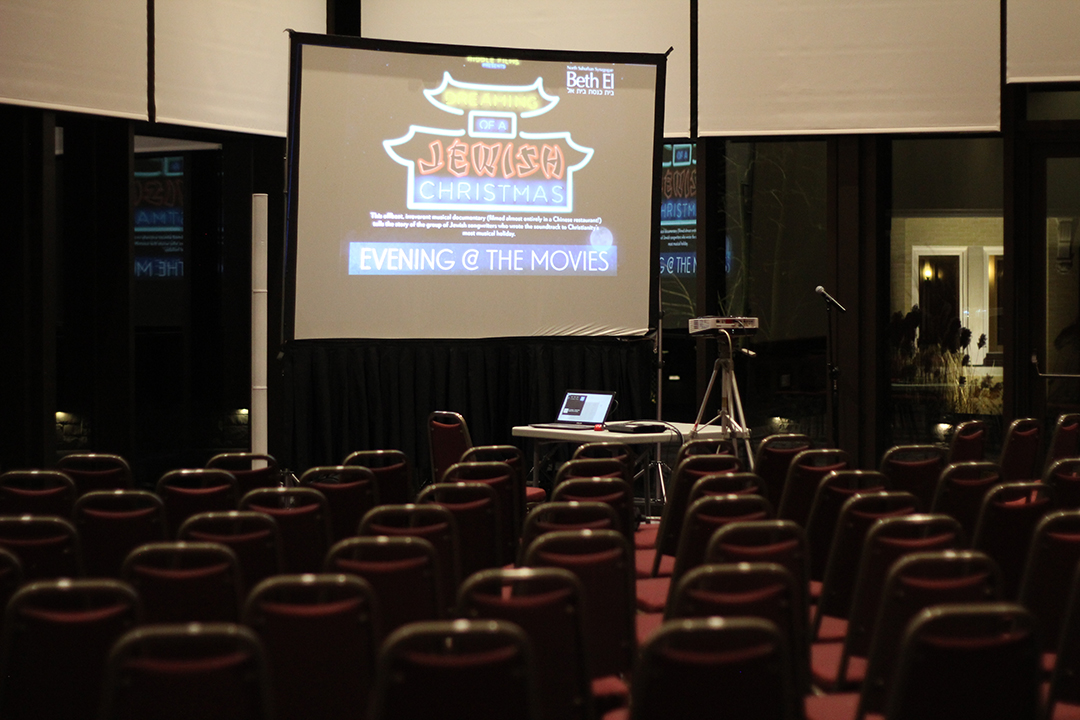 Dreaming of a Jewish Christmas

On Sunday, December 23, the Cultural Learning Center brought us an “evening @ the movies” featuring the documentary Dreaming of a Jewish Christmas. A musical documentary about the amazing story of a group of Jewish songwriters who wrote the soundtrack to Christmas. The film Featured interviews with Rob Bowman, Mark Breslin, Jackie Mason, Ophira Eisenberg, Lisa Geduldig, Rob Kapilow, Alan Dershowitz and others. Over 150 people came to enjoy a festive Chinese buffet complete with fortune cookies, before settling down to watch the 50 minute movie with homemade popcorn! Special thanks to Larry Engelhart of DejaViewsUSA for providing the AV and taking pictures! 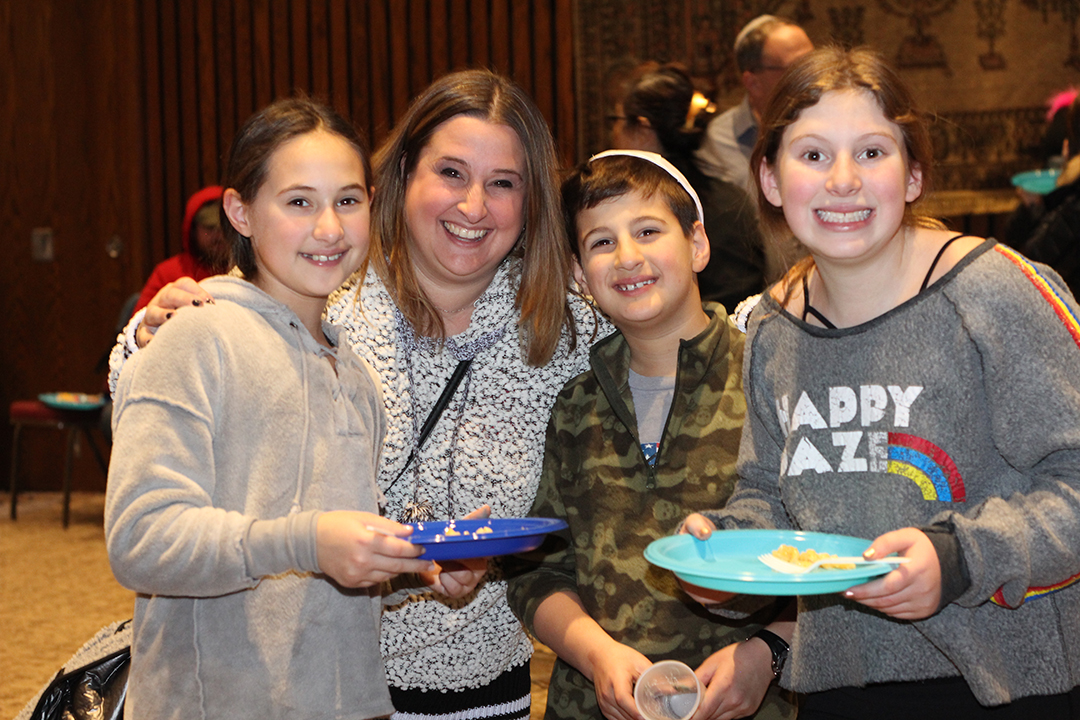 Any Way You Light It Hanukkah Concert

Naomi Less brought her band members and their “Any Way You Light It” Hanukkah Show to the Beth El stage on December 5th. Beth El was thrilled to welcome Naomi back. Less is a former Beth El congregant and now Jewish rock performer! Entertaining a crowd of over 300 members of all ages, the band brought an interactive program with fun songs new and old. Delicious latkes and mac n’ cheese were served, and dreidel games, art projects and cookie decorating kept smiles on all of the young faces! 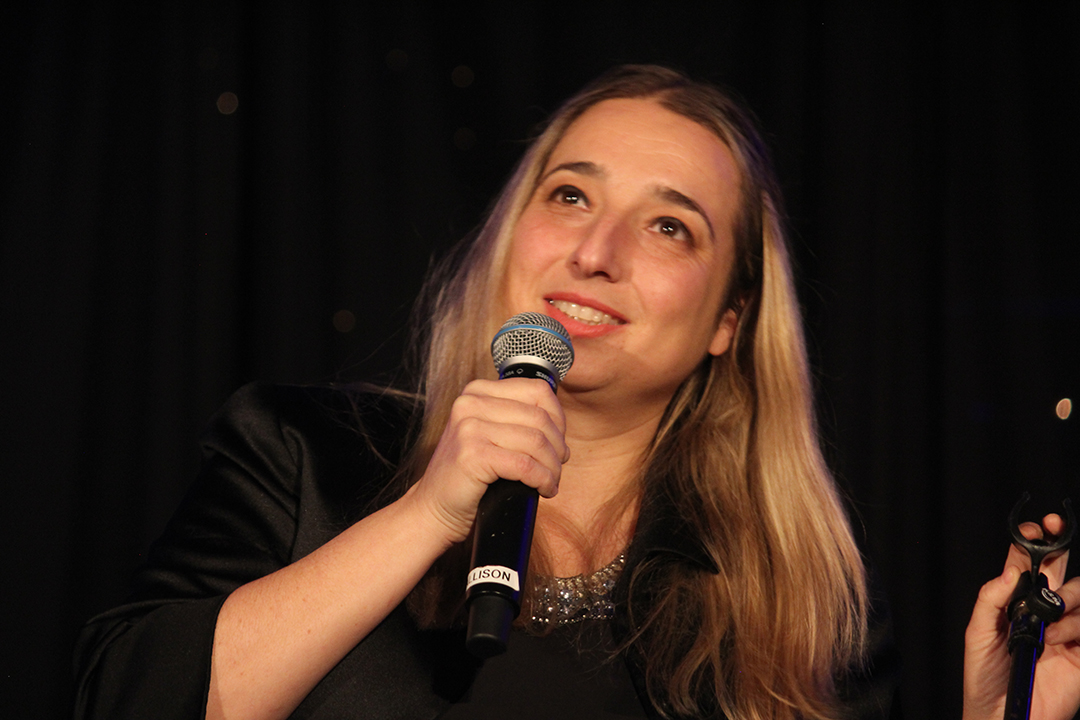 Broadway on the Bimah

On December 2, 2018, nearly 400 people filled the hall at NSS Beth El for it’s annual concert – this year, “Broadway on the Bimah!” The concert featured noted Israeli singer Cantor Magda Fishman (Temple Beth El—Stamford, CT), along with Cantor Steven Stoehr (Beth Shalom) and Hazzan Ben Tisser. There were special performances by SELAH: A Special Needs Community Chorus, and the Solomon Schechter Day School Choir. The show was accompanied by the incredible Chris Hardin Trio. It was a wonderful way to continue the celebration of Beth El’s 70th Anniversary, as well as to kick off the Festival of Lights. After hearing many of our favorite Broadway showtunes, the show ended with the whole room singing “Od Yavo Shalom Aleinu”—Peace will still come to us! 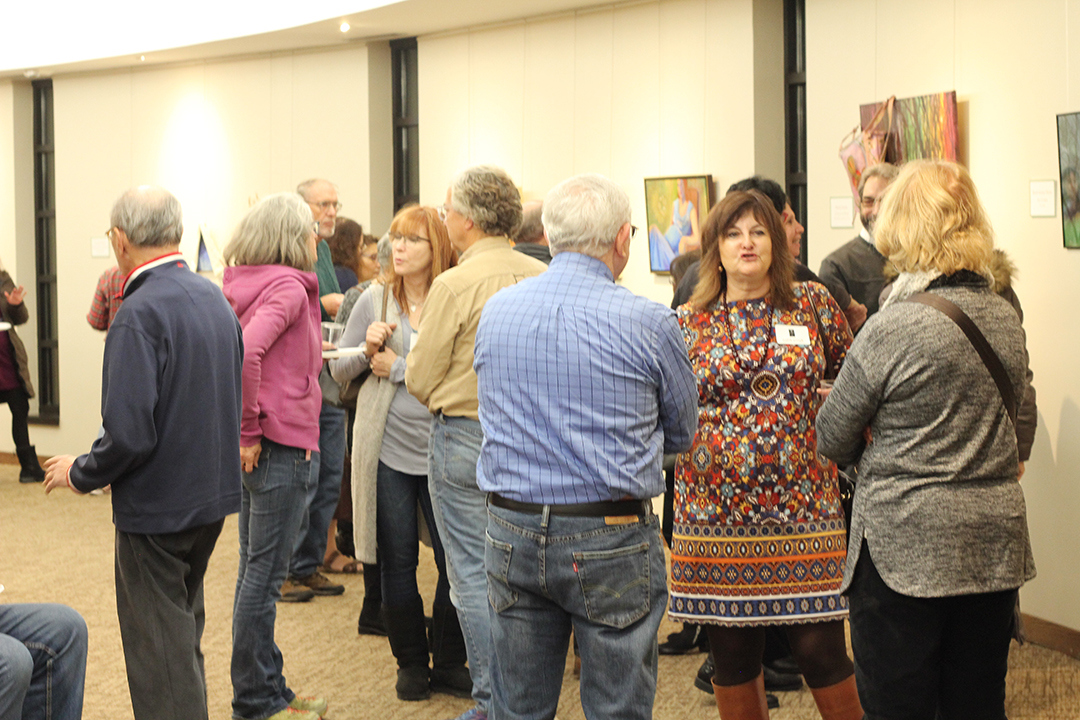 Over 50 people gathered in the Rissman Kol Ami Museum gallery to celebrate the new exhibit Of the Body, In the Body: Torah and Art.  The art in this exhibit resulted from an Artists Beit Midrash, a course of text study and art discussion at North Suburban Synagogue Beth El, with support from the Gertrude Lederman Family Continuing Education program. The class was co-taught by Judith Joseph and Dr. Jane Shapiro. Using sacred text study as a stepping-off point, the Beit Midrash participants studied ideas about the human body in the Bible, and viewed and discussed work by contemporary artists who explore similar concepts. They then went on to create their own works, inspired by and in response to the course discussions. The result is an exhibit in which sixteen artists express their connection with Judaism through paintings, prints, collage, new media, ceramic art, sculpture, fiber art, and poetry. Participating artists are: Adrienne Aaronson, Lois Baer Barr, Susan Dickman, Sylvia Dresser, Nessia Frank, Suzanne Horwitz, Dorit Jordan Dotan, Judith Joseph, Rose Kostan-Schwartz, Ruti Modlin, Barbara Shapiro, Marla Snyder, Judy Solomon, Sandy Starkman and Laura Hodes Zacks.  The exhibit will be on display through January 6. 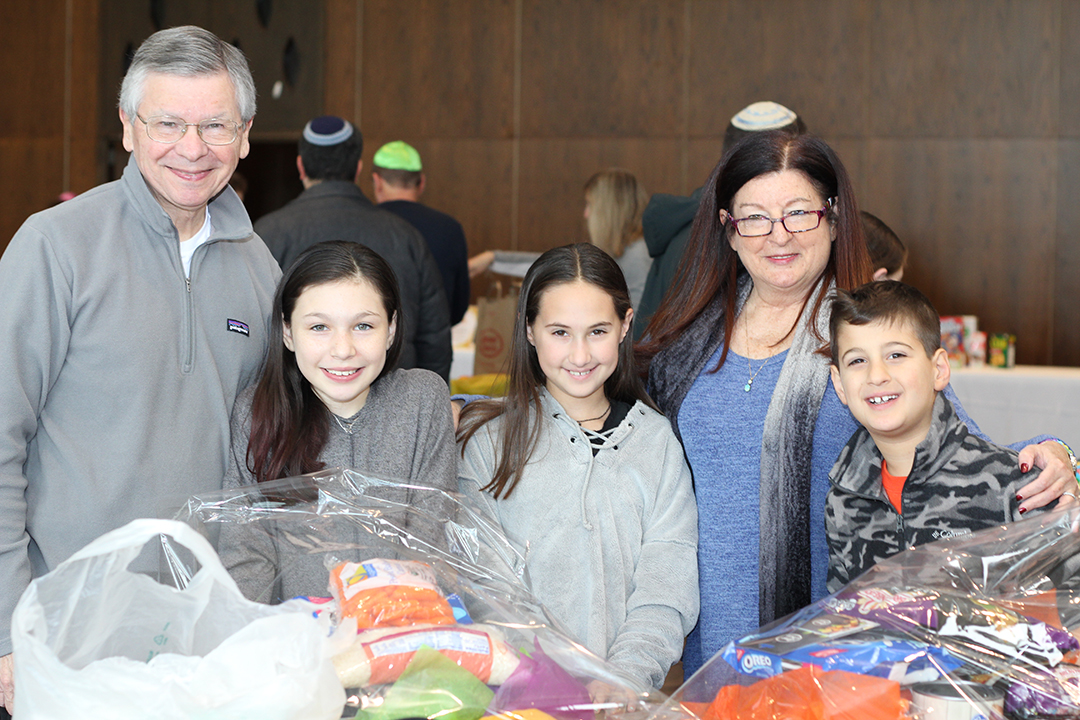 Sunday, November 18th was the Beth El Annual Family-to-Family Thanksgiving Mitzvah Project, where Beth El families shop for food supplies and create baskets that are donated to families at the Glenwood school. Each year the goal is to create at least 100 baskets. This year however, exceeded that goal with 128 baskets total! Our social action committee did an amazing job of coordinating and running the event. They supplied all of the basket celophane, tissue paper and ribbon, maintained stations throughout the project, and had a team of “car packers” moving all of the finished baskets into cars for delivery. A special shout out to Mary Channon, Social Action Chair, and Fran Pine, Thanksgiving Mitzvah Project Chair for their hard work and team coordination. 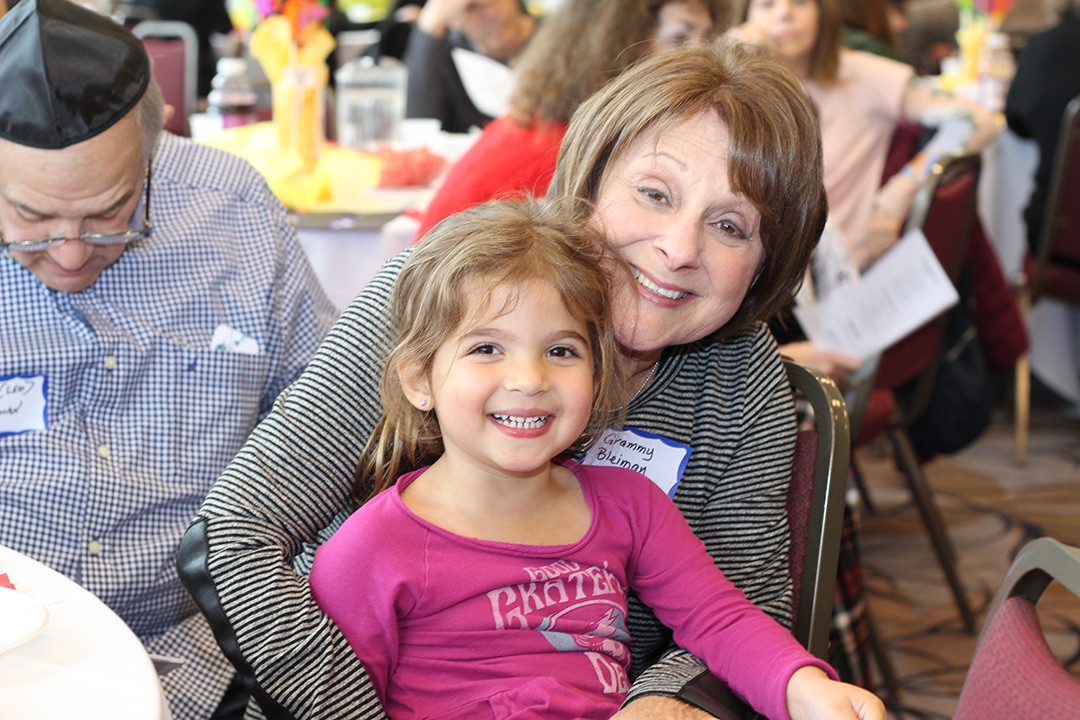 On Friday, November 16, Over three hundred Steinberg Pre-School children, parents and grandparents attended our special annual shabbat event. Together, led by Rabbis Schwab and Freedman, along with Pre-School Director Kory Goldenberg, they lit shabbat candles, recited prayers, and blessed the challah and wine. Hazzan Tisser led everyone everyone in song and shared treasured shabbat favorites. 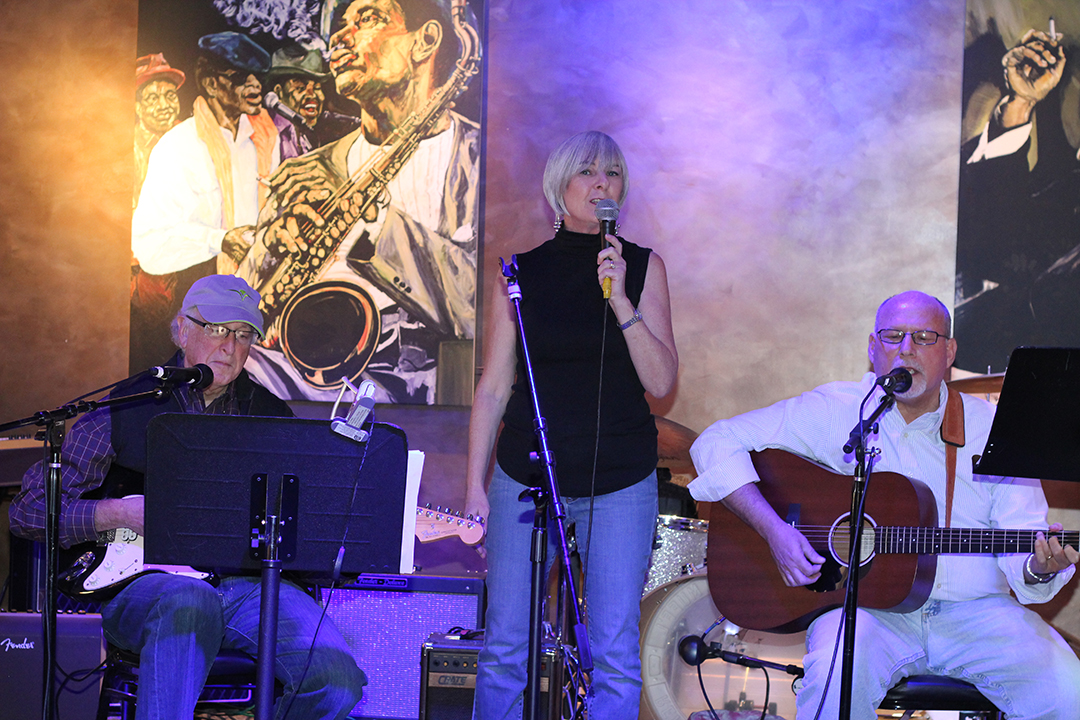 If you were lucky enough to find the Shed last night (the location of the Beth El Open Mic Night), it was well worth the effort! Over 70 members of the Beth El Men’s Club and Sisterhood, their spouses and guests (and a few children) turned out for some great entertainment! Mike Melinger started off the event with some great blues tunes. Next up were Beth El’s own band members, including Rod and Marilyn Slutzky, Ron and Eileen Goldberg, and Jeff Baden. Their set included some wonderful folk songs, including a rendition of “You’ve Got a Friend,” sung by Rabbi Kurtz. Their finale was an eight-minute rendition of “The Beth El Blues,” written by Ron Goldberg, including a chorus sung by Rabbi Kurtz. The last set of the evening was provided by Mike Ezgur’s band, which played some terrific bluegrass and rock songs. Hazzan Tisser joined the band with the Billy Joel song, “New York State of Mind.” Special thanks go out to Karen Weiss, Jodi Eisenstadt, Sue Cohen, Marc Richards, Matt Pestine, Jamie Glass Pestine, Dan Gross, and Mike Ezgur for arranging all of the food, drinks, entertainment, seating, and fun! Thanks to all who attended and donated a toy for the Chicago Chesed Fund. Y’all come back next year! 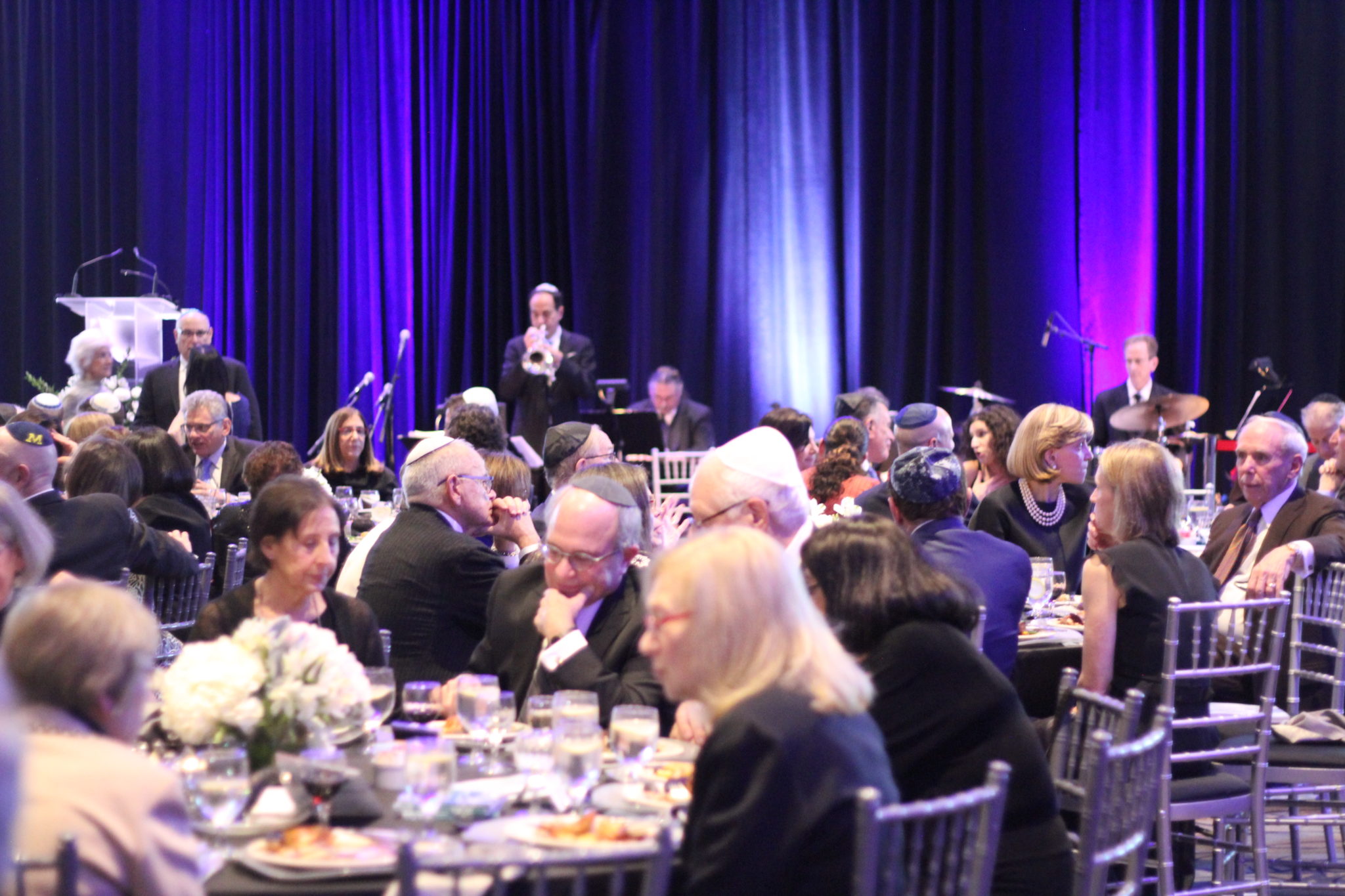 The NSSBE 70th Anniversary Weekend Celebration Honoring Rabbi Vernon and Bryna Kurtz was a resounding success! Beginning with the Friday night Shabbat Dinner, continuing with scholar in residence Rabbi Golinkin, and concluding with the gala dinner, our congregation turned out in force! Nearly 1,500 members participated in the weekend festivities that celebrated our milestone anniversary as well as our beloved Rabbi Kurtz and his wife Bryna. Kol Hakavod to the staff and lay leadership that worked tirelessly to make this weekend so special. Below are remarks by Rabbi Kurtz and Rabbi Golinkin expressing their gratitude.