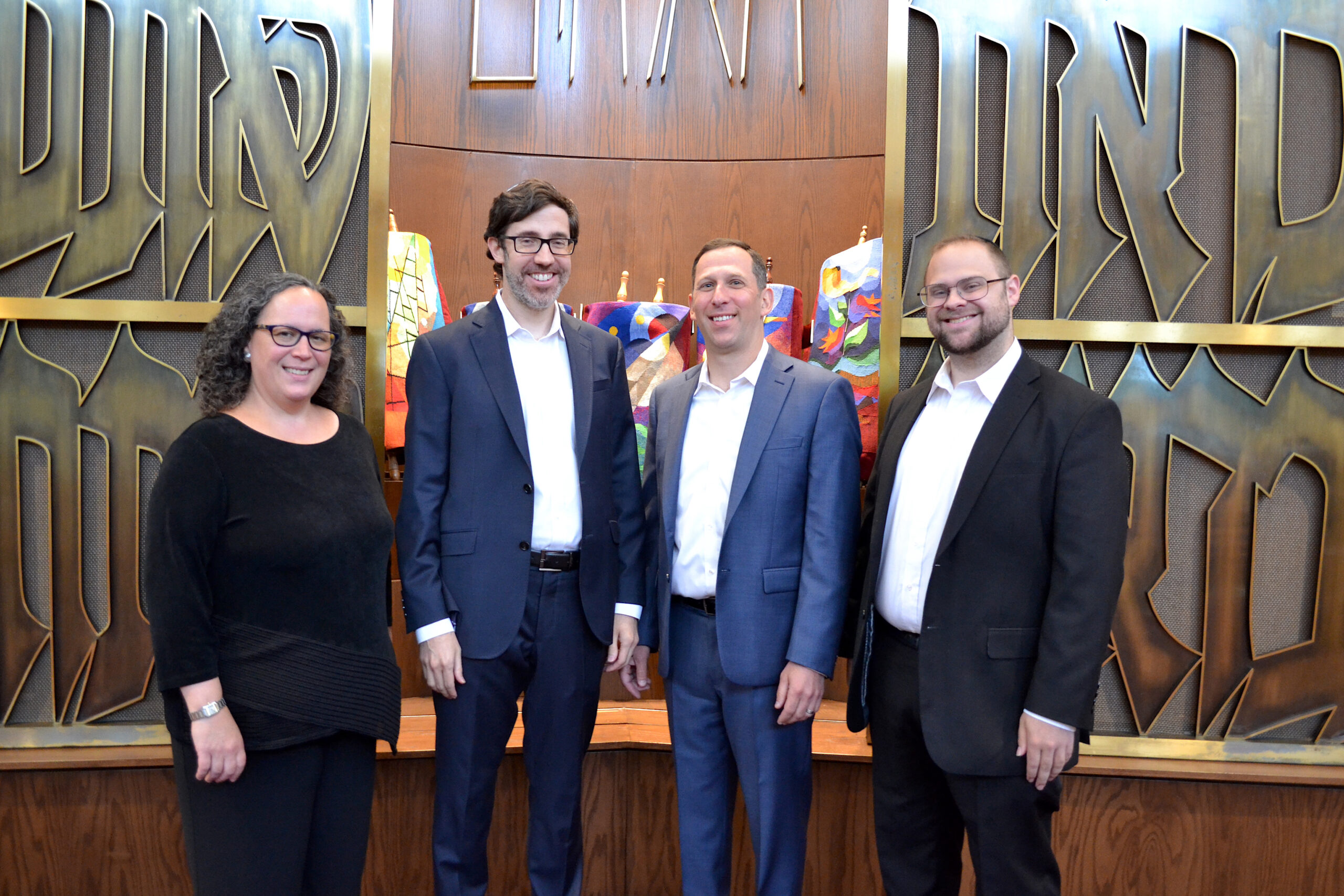 You are here: Home » About » Clergy 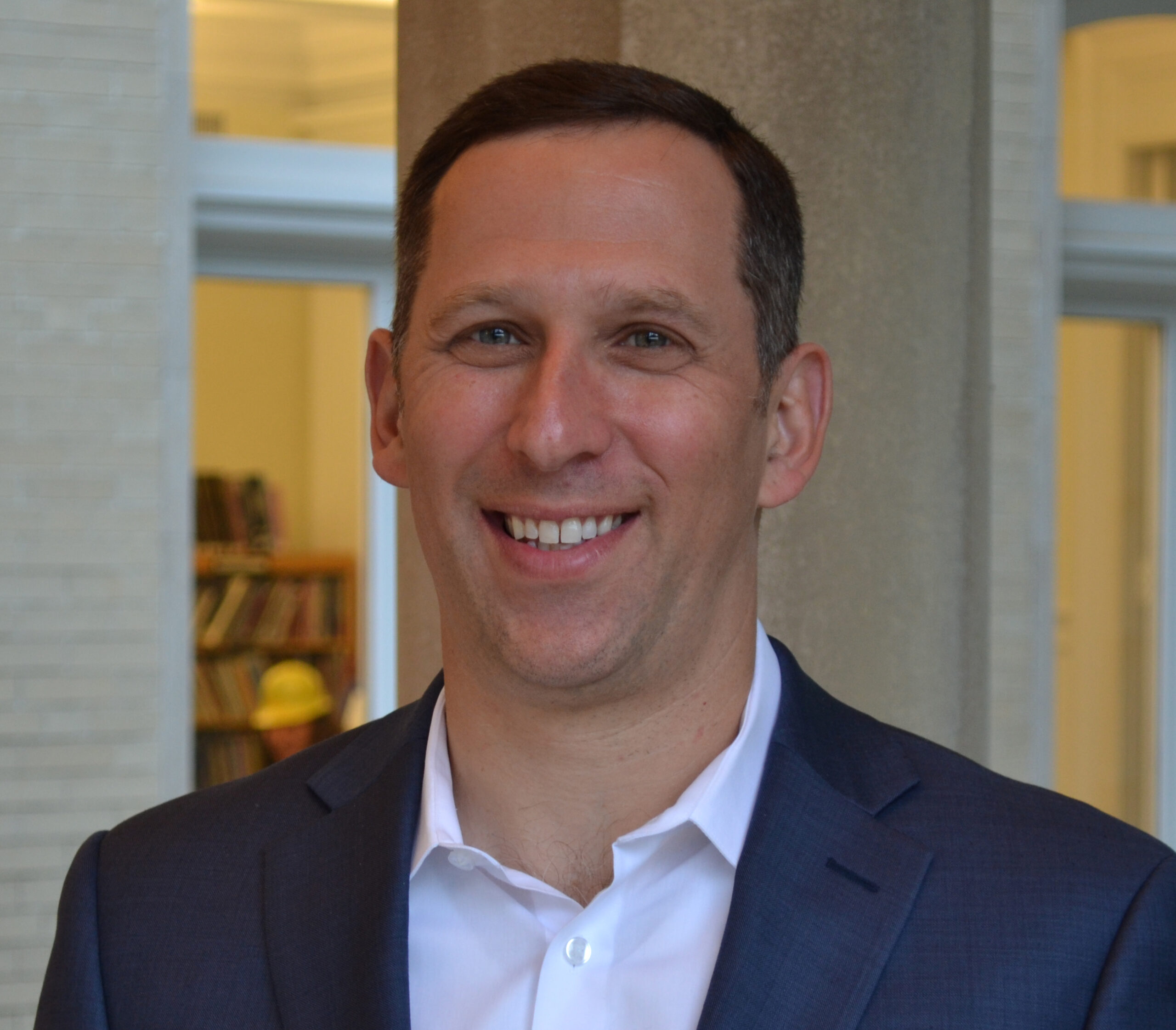 Rabbi Michael Schwab began his career at NSS Beth El in 2004 and was named Senior Rabbi in 2019.  He has brought to Beth El a strong sense of community, engaging innovative programming, a deep love for Israel, an unbridled enthusiasm for serving others, a passion for our rich tradition and an uplifting sense of joy in teaching and practicing Judaism.

In addition to his work at Beth El, Rabbi Schwab is a member of the Board of Directors of Solomon Schechter Day School, on the Executive Committee of the Chicago Board of Rabbis, serves as a Shalom Hartman Institute Rabbinic Leadership Fellow, and as member of the National Council of Rabbis for JNF.  Rabbi Schwab has also chaired JUF’s Synagogue Federation Commission, served as vice Chair of the JCRC, as a Chicago Global Justice Fellow for American Jewish World Service, is a past President of the Chicagoland Rabbinical Assembly, a past member of the National Council of AIPAC, and was among those selected to participate in Hebrew University’s Melton Center Senior Educators Program for Outstanding Diaspora Educators.  Rabbi Schwab was chosen as a fellow in the STAR PEER Rabbinic Leadership Program for early career rabbis who have demonstrated leadership excellence and he completed Northwestern University’s Kellogg Management Education Program. He is now a member of Kellogg’s Jewish Leaders Circle.  Rabbi Schwab is featured as a scholar for Jewish Values Online, an interactive website that serves as a portal to Jewish responses to relevant ethical issues.

Rabbi Michael Schwab was born in Philadelphia, he received his BA from Rutgers University, where he majored in History and Jewish Studies. Rabbi Schwab received his ordination from the Jewish Theological Seminary of America (JTS) in May, 2004 and received an MA in Jewish Education from the William Davidson Graduate School of Education.

Rabbi Schwab is married to his lovely wife, Erica, who is a behavioral therapist and teacher of children with developmental disabilities. They have four children: Ari, Liana, Noa and Miri. 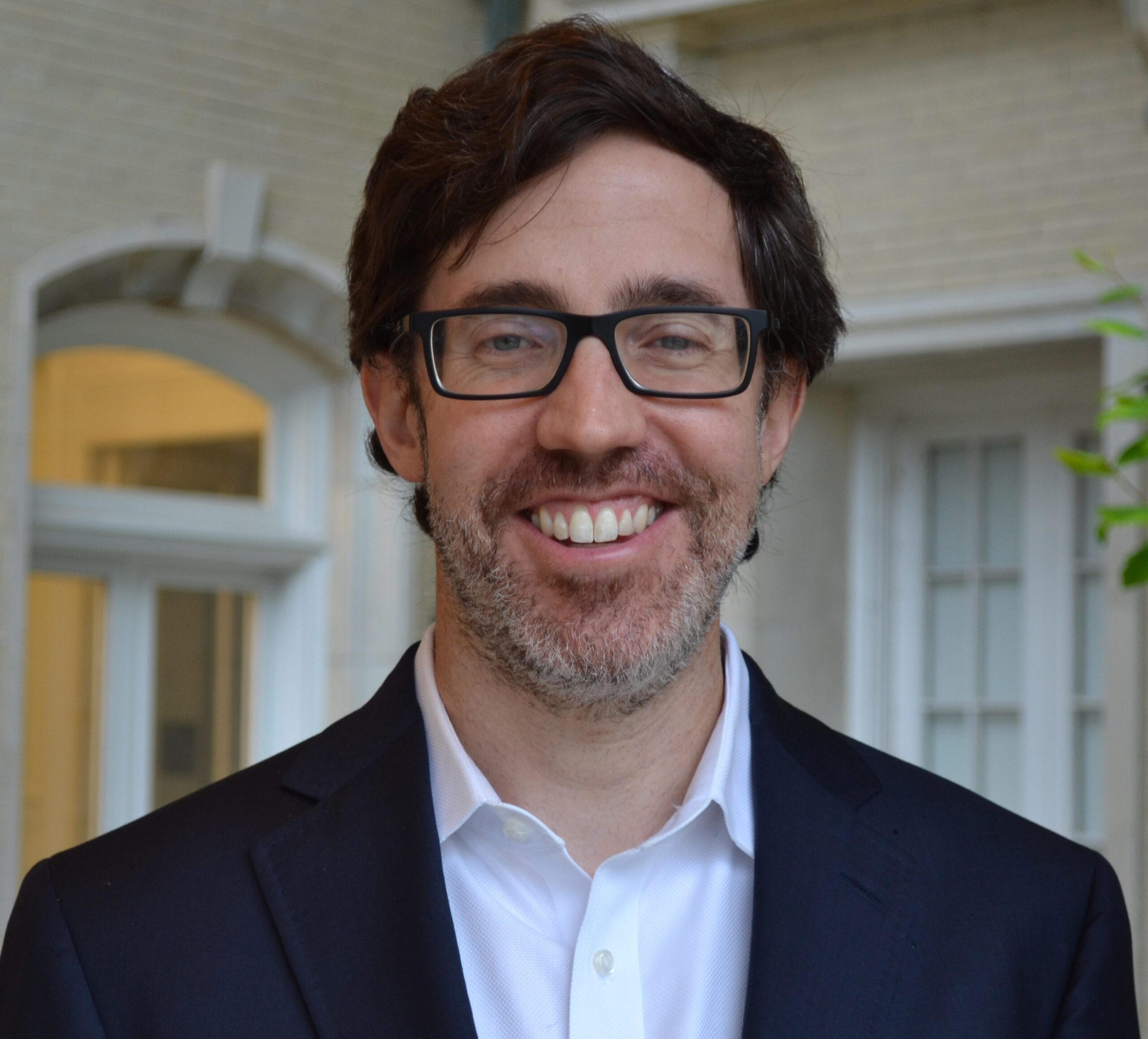 Rabbi Freedman began serving as Associate Rabbi at Beth El in 2018. He formerly served for 5 years as the Associate Rabbi at Temple Emanu-El in Closter, NJ. There he created a new popular Family High Holiday Service and updated the Religious School’s curriculum, in addition to fulfilling the full range of rabbinic duties.

Originally from Cincinnati, he is a graduate of Washington University in St. Louis. He studied at the Conservative Yeshivah in Jerusalem after college, and throughout he spent his summers at Camp Ramah in Wisconsin (including several as a Rosh Eidah).  He is a graduate of the Jewish Theological Seminary where he earned the Kay and Rabbi Moshe Pomerantz Prize in Congregational Education and the David Scharps Memorial Prize in Talmud. He is a Wexner Graduate Fellow.  He is married to Laura and they have three boys, Avi, Elie, and Oren. 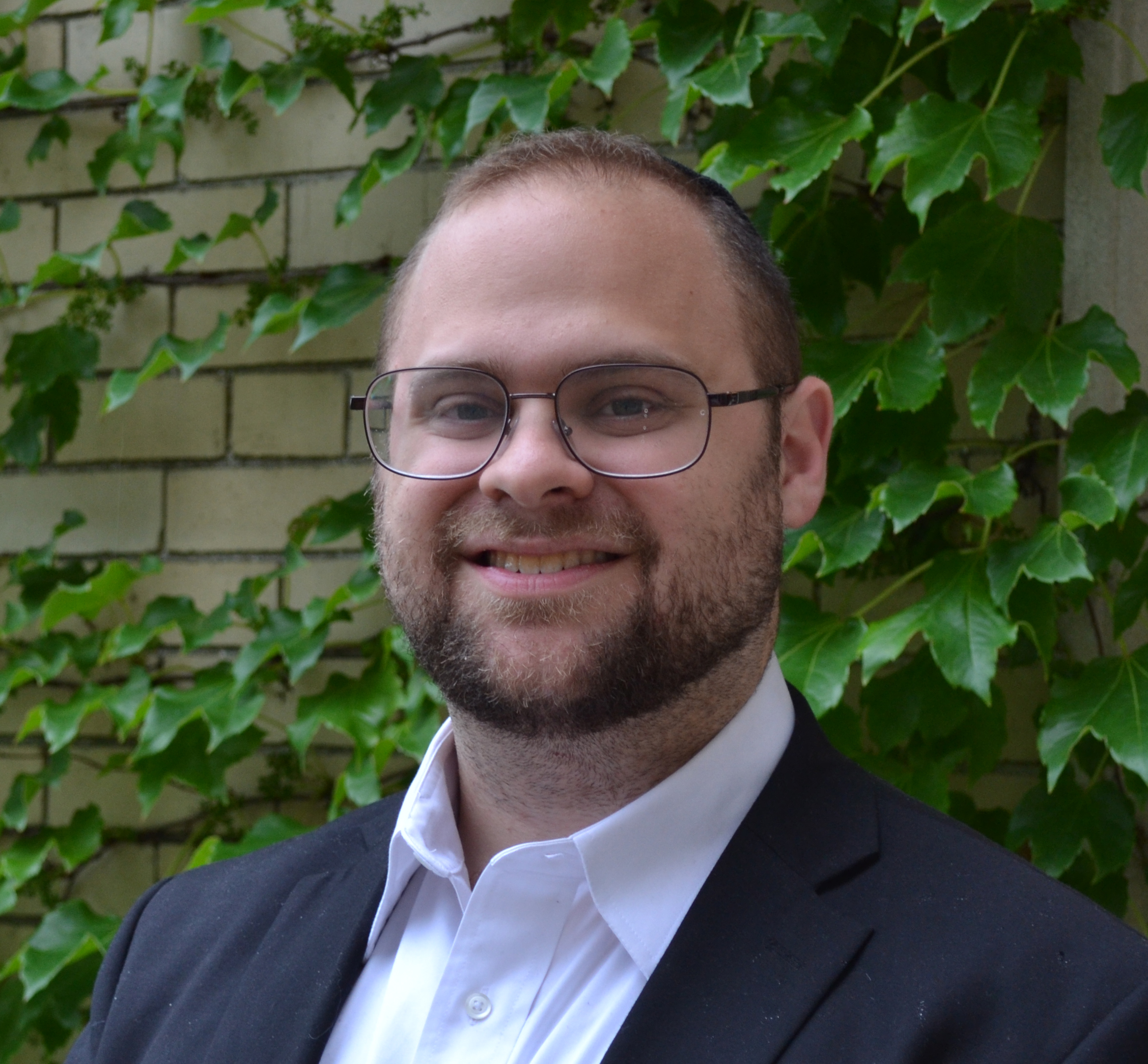 Hazzan Jacob Sandler joined the NSS Beth El clergy team as Hazzan in July 2021. He grew up in Rockland County, New York, where he also most recently served for 3 years as the Cantorial Intern at New City Jewish Center. His path to the cantorate was molded by a deep love of education, music, Jewish identity and community.

Before receiving his M.A. in Sacred music and cantorial ordination at JTS in 2021, he earned a Bachelor’s Degree in k-12 Music Education from SUNY Buffalo State. Cantor Sandler has spent every summer since 2004 at Camp Ramah in the Berkshires, where he was affectionately known by the nickname “Milk.” He was a camper, counselor and longtime member of tzevet musika (music staff). Hazzan Sandler also enjoyed extensive time in Israel including a semester abroad at Hebrew University in Jerusalem (Spring 2015), staffing Tichon Ramah Yerushalayim (Spring 2017), Birthright, a Bar Mitzvah Trip and Ramah Israel Seminar.

Throughout Cantorial School, Hazzan Sandler continued to teach music in a variety of settings including religious school (SAJ, Shaarei Tikvah), day school (Schechter Manhattan), camp, and USY (Rosh Tefillah at USY Tzafon). He was also fortunate to serve as the Graduate Jewish Life Director for the office of Student Life at JTS for three years, creating and executing a lot of programming for his peers across the schools of JTS.

Music is ever at the core of Hazzan Sandler’s life. He enjoys singing with various Jewish A Cappella groups, such as Kol Zimra, The Pella Singers, and The Choral Torah Collective. He also plays a variety of instruments, including piano, guitar, ukulele, drums, harmonica and the occasional triangle solo. In what’s left of his spare time, he enjoys writing haikus and limericks, freestyle rapping. He is also an accomplished songwriter with over 150 original songs, which he hopes to one day put out to the world. And beyond music, Cantor Sandler can be found enjoying stand-up and improv comedy, spending time with friends and family, watching, drawing and doing funny voices for cartoons. 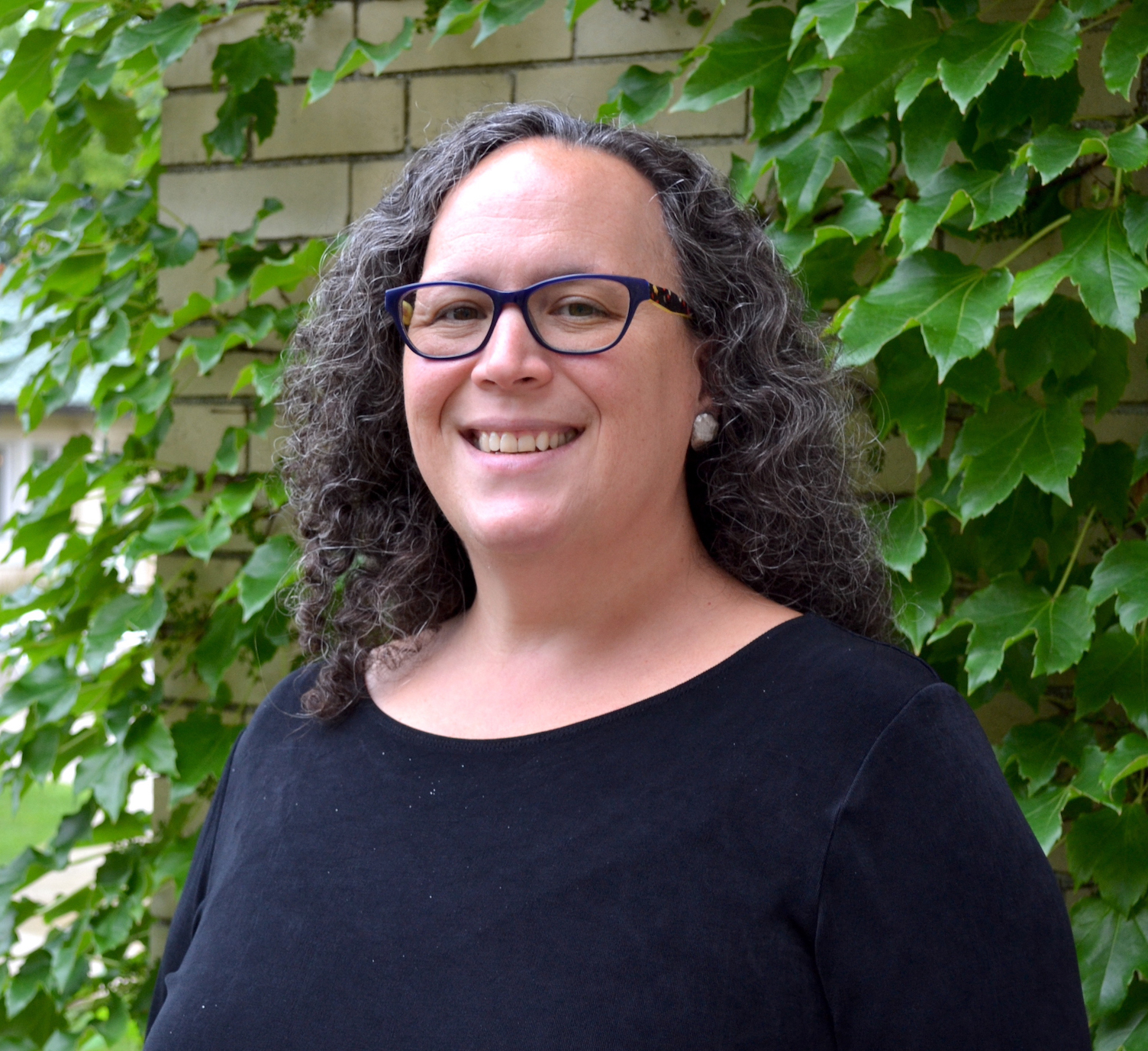 Hazzan Jenna Greenberg is a 2004 graduate of the Cantorial School at The Jewish Theological Seminary in New York, and she holds a Bachelor of Arts degree in Music and Jewish Studies from Earlham College. During and following her undergraduate studies, she spent time in Vienna, Austria studying and performing choral music there and around Central Europe. Following her cantorial studies at The Schechter Institute of Jewish Studies in Jerusalem and at JTS in New York, Hazzan Greenberg served as Ritual Director and Associate Hazzan at Adas Israel Congregation in Washington, DC. She has also been an educator at both the Skokie and Northbrook campuses of Solomon Schechter Day School. Hazzan Greenberg has taught Judaics, Tefilla, and Hebrew in various settings – both Jewish and secular – throughout her career.

Hazzan Greenberg recently served as the Director of the Dayton Jewish Chorale, a community choir that she co-founded in 2015, earning her the prestigious Jack Moss Creativity Award. In addition, she has provided both piano and accordion accompaniment for synagogue and day school events throughout the Dayton and Columbus Jewish communities over the past several years.

She believes that teaching is a sacred vocation, and that Tefilla has great power to transform individuals and enhance the holiness of community.

She is married to Rabbi Joshua Ginsberg, and they have three boys, Ranon, Elior and Matan. 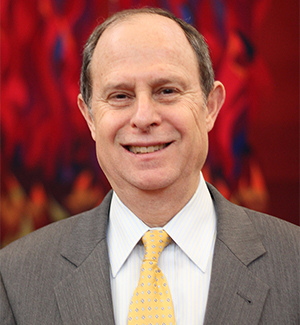 Rabbi Kurtz has served in leadership positions in the areas of Jewish communal and interfaith activities. He served as President of the Rabbinical Assembly, the international association of Conservative Rabbis and was a member of the Rabbinical Assembly Committee on Jewish Law and Standards. He was President of MERCAZ USA and MERCAZ Olami, the U.S. and global Zionist organizations of the Conservative Movement and President of the American Zionist Movement. Rabbi Kurtz served for many years as a board member of the Jewish United Fund/Jewish Federation of Metropolitan Chicago and as a member of the Board of Governors of the Jewish Agency for Israel. He also served a term as President of the Council of Religious Leaders of Metropolitan Chicago. He is currently a Senior Rabbinic Fellow at the Shalom Hartman Institute of Jerusalem and a board member of the Jewish People Policy Institute.

Rabbi Kurtz is adjunct Professor of Rabbinics at the Spertus Institute for Jewish Learning and Leadership. He is the author of Encountering Torah: Reflections on the Weekly Portion. Rabbi Kurtzauthored teshuvot for the Committee on Jewish Law and Standards of the Rabbinical Assembly and published articles in periodicals and books. For almost 20 years he was a monthly Torah commentator for the Chicago Jewish News.

Rabbi Kurtz and his wife, Bryna, are the parents of two daughters, Hadassa (Haim) who lives in Israel and Shira (Avi) who lives in Boston.  He is the proud saba of Shmuel Binyamin, Meytal Dvora, Anael Rina, Shirel Batsheva, Samuel Ryder, and Mia Faye. In June 2019 Rabbi Kurtz and Bryna made Aliyah and currently live in Jerusalem.

**If you live in the Chicago area you can save shipping charges by purchasing the book over the phone with a credit card at 847-432-8900 x221 and then stop by the North Suburban Synagogue Beth El office to pick up the book. 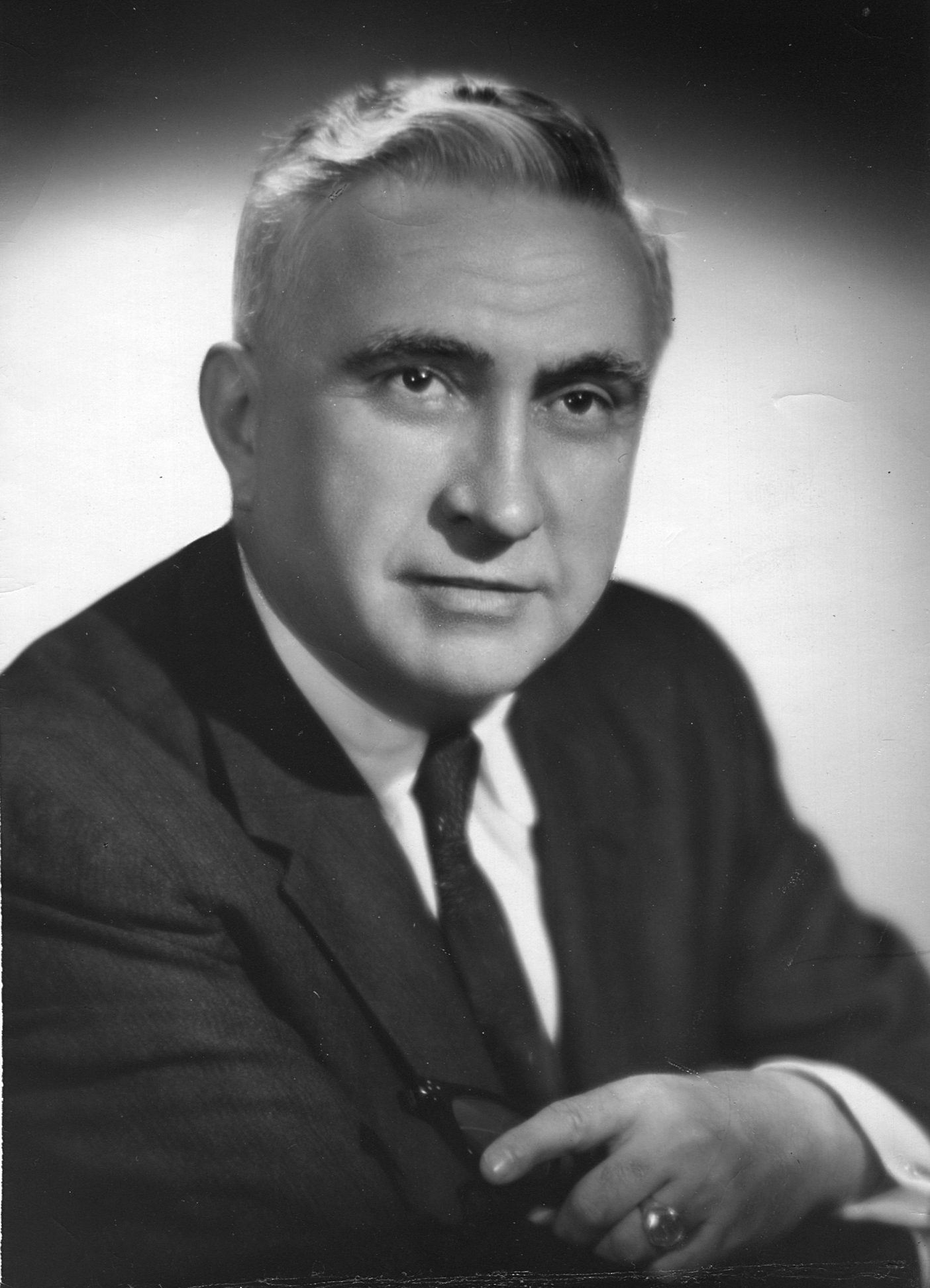 Rabbi Philip L. Lipis served North Suburban Synagogue Beth El as its spiritual leader from 1951 until his retirement in 1969.

Born in Tiraspol, Russia (today Moldavia) in 1906, Lipis came to the United States in 1913.  A graduate of the City College of New York, he received a Masters of Hebrew Letters and rabbinic ordination at the Jewish Theological Seminary of America in 1930.  He subsequently studied at the Yeshiva of Rav Kook and the Hebrew University in Jerusalem and took graduate studies at Columbia University and Dropsie College.

In 1935 Lipis became the rabbi of congregation Beth El in Camden, New Jersey.  In 1943 he was the first Conservative rabbi to be commissioned as a chaplain in the United States Navy and he served with distinction during WWII on Guam and the New Hebrides (now Vanuatu).  He remained active in the Naval Reserves for the next twenty years, attaining the rank of Commander and serving at the request of the Pentagon as the leader of numerous retreats for chaplains in the US, Japan and Europe.  In 1947 he took the pulpit at Congregation Beth Abraham in Oakland, California, where he served until coming to North Suburban Synagogue Beth El.

During his tenure at Beth El, Rabbi Lipis oversaw the growth of the congregation from 250 to over 800 member families.  He encouraged expansion of the synagogue’s facilities with the construction of the school building, the community auditorium, and the main sanctuary.  He also developed a strong educational program in the congregation’s religious schools and introduced expanded adult studies programs. He was particularly devoted to the youth of the congregation, inspiring several to embark upon careers in the rabbinate.  Lipis served as president of the Chicago Board of Rabbis and was an early champion of civil rights.  He received a Doctrine of Divinity degree (honoris causa) from the Jewish Theological Seminary in 1967.  He was an eight-time contributor to Best Jewish Sermons in America and, along with Dr. Louis Katzoff, was the author of Torah for the Family.

Following his retirement from the pulpit, Rabbi Lipis and his wife Shoshanah resided in Los Angeles and Israel, teaching at the University of Judaism and at Camp Ramah in Ojai, California.  Sadly, in 1977 Rabbi Lipis died from injuries suffered in an automobile accident in California.  His funeral was held at Beth El and he was interred in the Beth El Section of Shalom Memorial Park in Arlington Heights, Illinois.  Rabbi Lipis and Shoshanah were the parents of two daughters, Leah, who lives in California, and Rinah, a resident of Israel.